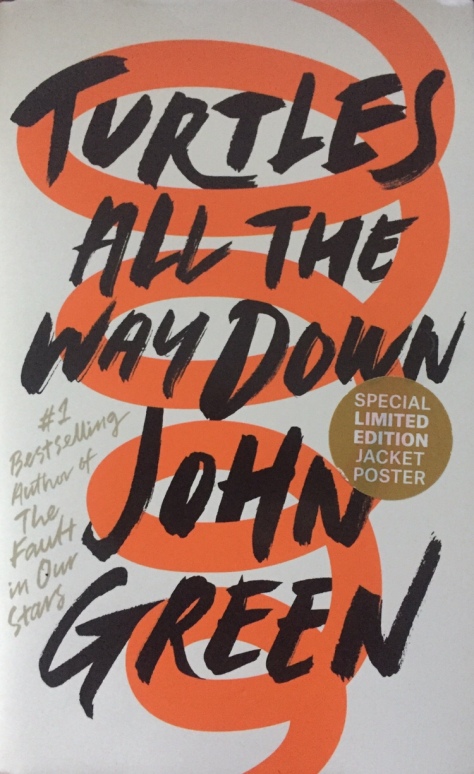 Sixteen-year-old Aza never intended to pursue the mystery of fugitive billionaire Russell Pickett, but there’s a hundred-thousand-dollar reward at stake and her Best and Most Fearless Friend, Daisy, is eager to investigate. So together, they navigate the short distance and broad divides that separate them from Russell Pickett’s son, Davis.

Aza is trying. She is trying to be a good daughter, a good friend, a good student, and maybe even a good detective, while also living within the ever-tightening spiral of her own thoughts. 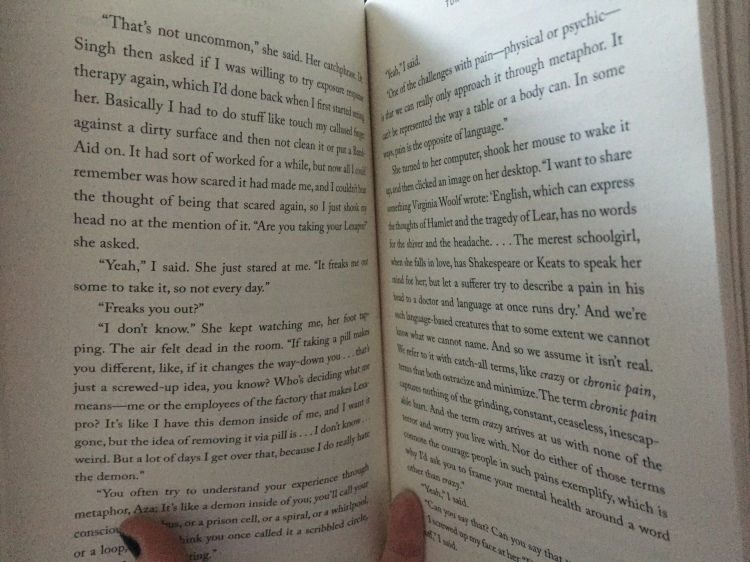 John Green’s latest novel, Turtles All the Way Down, is a moving tale about friendship, love and mental illness.

The reader is taken on an emotional journey by the narrator, 16-year-old Aza. Through the main character’s thoughts Green immediately demonstrates how difficult mental illness can be for a young woman. Her anxiety and fears shape the novel and the lives of everyone around her. It is insightful to see her best friend, Daisy, and her mother both use different mechanisms of dealing with her obsessive compulsive disorder (OCD), but also struggle to cope.

Daisy is introduced early on in the novel. She is the opposite of Aza: talkative and outgoing. Though she comes across as annoying at times, she does give the book some humour as it can be quite dark at times.

Aza and Daisy try to win a cash prize of $100,000 by trying to figure out the whereabouts of fugitive Russell Pickett. This is more of a backstory to her mental health, even though the book’s blurb claims it to be the main plotline. However, it does lead to Aza befriending David, a boy, she had previously met at sad camp who becomes her love interest. He just so happens to be the son of billionaire Pickett.

The relationship Aza and David have is quite interesting. As readers we see how two people cope with each other’s obsessive thoughts. Her illness develops throughout the novel, impacting on all her relationships and her own self. She explains her obsession with germs and her coping mechanisms, from hurting her finger to eating hand sanitiser. Even though it is a young adult book it isn’t for the fainthearted.

I liked that Aza and David’s relationship was not the main focus. Friendship is a key theme in Turtles All the Way Down. Aza and Daisy’s friendship does have its ups and downs. Aza’s thoughts are consumed by a trail of worries and Daisy’s by drama and boys, but they both prove over the course of the book that their friendship means more to them than anything else in the world.

The main character may have a mental illness but Green does a great job of showing that it doesn’t control someone’s life all the time. She doesn’t seclude herself from her classmates and is a very bright individual who does well in school.

John Green has written many other incredible novels, but Turtles All the Way Down will stay with me for a long time and it has definitely topped the rest. It was easy to read and extremely gripping. It is the best book I have read in a very long time.

Tell me what you thought about the book by commenting below or send me a tweet @bookwormgirl_24.