I can’t believe we are already halfway through the year. There are still so many books I want to finish but I am on track to reach my goal of reading 50 books in 2019.

This month I reread some books for another blog post but also found some new favourites. Only one was a slight disappointment because I expected it to be so much better due to the hype it was getting. This month I also read my first graphic novel and it definitely won’t be my last!

What did I read in June?

This book deserves the hype it is getting. It reminded me a lot, in many ways, of Eleanor Oliphant is Completely Fine by Gayle Honeyman, mainly because of the portrayal of the main characters. Though the storyline is completely different!

The book starts with Marianne and Connell finishing their final year of school. They are very different people. Marianne has never felt like she fits into society but she also doesn’t care. Meanwhile, Connell cares a little too much about what others think, even going as far as pretending not to know her while at school. Rooney has a natural talent for making the characters appear more human by giving them attributes and allowing them to react to situations in a very normal way.

Both of them end up at the same university and over the course of their lives, their friendship and love for one another is tested. This isn’t an ordinary love story, it’s realistic and heartbreaking at times. This book looks into mental health issues and discusses difficult topics, such as death and physical abuse. It is still a fascinating book to read as it realistically looks at class divides, family issues and friendships in a modern day society.

Aristotle and Dante Discover the Secrets of the Universe is a love story between two teenage boys who meet at a swimming pool one day. Aristotle doesn’t like people, he is frustrated with the world, as well as his parents who refuse to talk about his older brother who is in prison. He doesn’t feel like he belongs. That is until he meets Dante. Dante is much more outgoing than Aristotle. He loves to draw the world around him. Their friendship blossoms throughout the book as both characters are discovering who they are.

The family dynamic aspects in this book are great as readers get an insight into two Mexican-American families, from El Paso, Texas in 1987. One of the more intriguing characters is Aristotle’s father who seems to struggle with mental health issues after fighting in the war.

This book is very character-driven, with the plot taking a back seat. I read this for the LGBTQ+ readathon and had high hopes but it didn’t live up to the raving reviews I was seeing from other bloggers and Booktubers. That’s not to say it wasn’t good. It was nice to see a story where two people were friends first before discovering they loved each other. This is a very heartwarming story that will leave many in tears for sure.

Heartstopper is a graphic novel that follows the story of Charlie who is openly gay. He meets Nick, who is in the year above him at school, in registration one day and they instantly hit it off. Nick is a rugby player but he is soft at heart. Charlie is a bit more sensitive and tends to ponder over situations for too long. They both attend an all boys, grammar school in England.

The illustrations in this novel were beautiful. I also liked the additional fact sheet on the final pages describing the characters in more detail. The characters are very life-like and their story is very fun to read. I read this as part of the LGBQT+ readathon too. Heartstopper is a really cute graphic novel, that is very easy to read in a short space of time. I can’t wait for the next instalment.

Franny is a short story but is connected to the novella Zooey. The book follows both of the characters, who also happen to be siblings. Franny’s story starts while her boyfriend, Lane, is visiting her at university. As more of the plot unravels, it becomes clear she is fed up of the fake people she surrounds herself with and becomes deeply troubled. Zooey, her brother, becomes a confidant to his sister during her breakdown at their family home.

This novella is easy to read but has a lot of depth to it. It is nice to read a book that is based around people at university age. Franny and Zooey is quite a character driven book, with less emphasis on the plot. One of the things that stood out to me was the dialogue between the two main characters. Salinger realistically portrayed a natural and normal relationship between two siblings in the second part of this book. 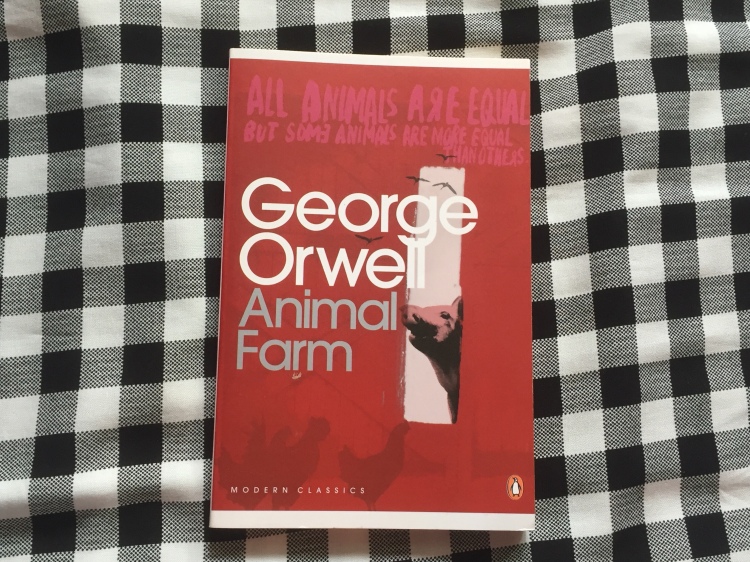 This is a very easy read which was inspired by the Russian Revolution of 1917. It follows a group of animals fighting for their freedom and rights, after being mistreated by the owner of the estate. In an uprising, they decide to take over the farm with two pigs, Napoleon and Snowball, guiding the animals. The novella shows that some leaders don’t always seek what is in the best interest for others.

This was a reread for me, but it was still as good as the first time I read it. Animal Farm is so cleverly written it doesn’t seem like a book about animals at all. It is an in-depth analysis of Orwell’s political beliefs and outlook on societies, which is quite frightening and intriguing.

Simon versus the Homo Sapiens Agenda by Becky Albertalli 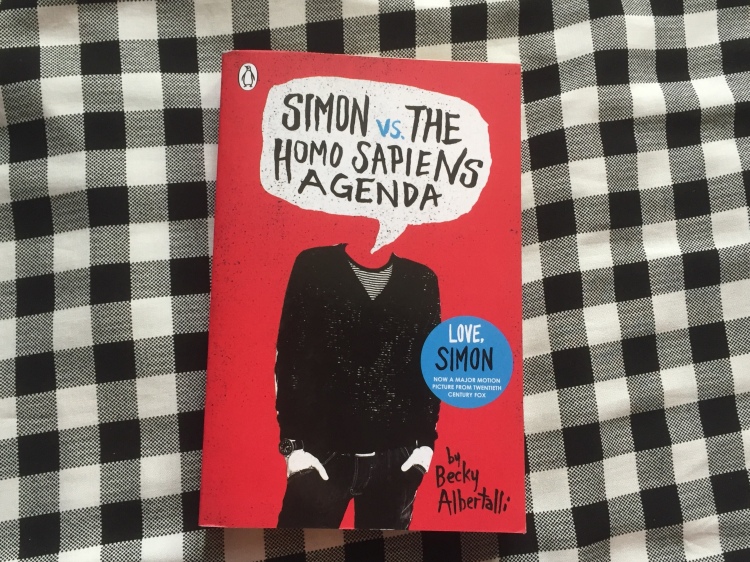 Simon, 16, is gay but only one person knows. Blue is also gay and after posting a Tumblr post he starts an e-mail relationship with Simon which buds into a romance. They have never met each other in person, or so they think.  When another boy at Simon’s school finds the emails, he threatens to expose his secret.

This is a story about friendship, family and love. While it’s heart-wrenching at times, there are some funny moments. I particularly liked the party scenes and the gay bar/ restaurant chapter. Simon’s family were a great addition to the story too. His sisters and parents were very kind. It was very interesting to see the way the family reacted when Simon announced he was gay because they all had pretty natural reactions.

The Paper and Hearts Society by Lucy Powrie 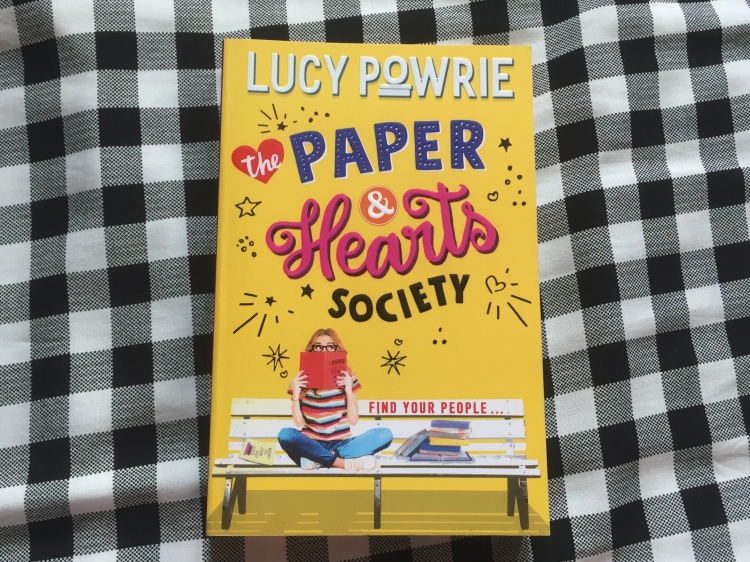 The Paper and Hearts Society follows Tabby’s journey of self-acceptance. She moves in with her grandmother for the summer holidays and stumbles on a book club where she meets Ed, Olivia, Cassie and Henry. They have Harry Potter and Jane Austen themed parties. They also go on a literature road trip. One thing that Tabby struggles with is her past and the bully who won’t seem to leave her alone.

This book was really insightful into how social media can be harmful, especially when people use it to hurt other people. The plot was exciting and fast-paced. There was never a dull moment. The novel also has good representation for race and sexuality as one of the main characters is demi-sexual. One of the characters that stood out the most was Ed, who seemed like a kind and calm soul. I can’t wait for the next book in the series.

In July I’m hoping to take part in the O.W.L.S resits with some other bloggers. It’s a Harry Potter themed readathon which was created by the Booktuber, Book Roast.

I’ve also set up a Twitter-based book club (@bookfastclub) if anyone would like to join! More details can be found here.

How many books did you read this month? Let us know by commenting below or Tweet @bookwormgirl_24! Also don’t forget to check out my book club over on Twitter – @bookfastclub.